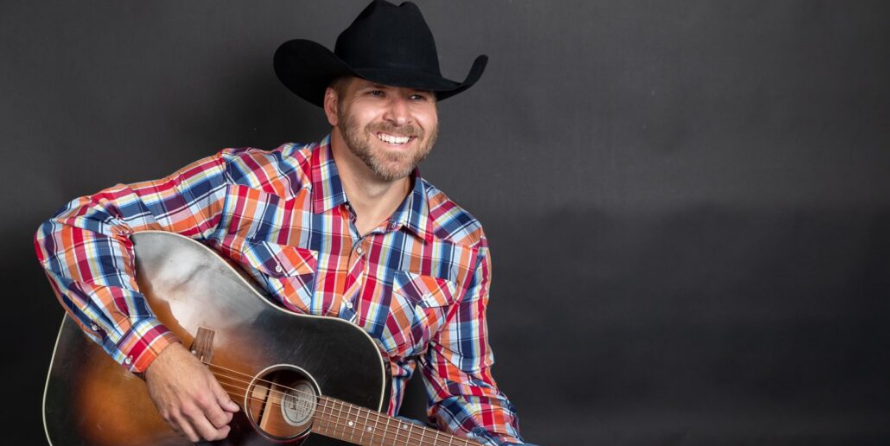 Join us in Third Rail for live music from Justin Mason

Stay after to dance the night away with a post show DJ set from one of Harvest Hall's resident DJs!

Justin was born and raised in Fort Worth, Texas. He grew up listening to a wide variety of musical genres that spanned multiple generations. From George Strait, Hank Jr., Alan Jackson, Travis Tritt and Garth Brooks, to the Eagles, James Taylor, Jim Croce and Billy Joel, Justin listened and sang along to whatever was on the radio. At the age of 7, his mom took him to a pawn shop to buy his first guitar. However, it wasn't until much later that he decided he should take his talents and musical abilities to the stage.

Justin served five years in the United States Navy as a K9 police officer, and after completing his honorable service, he came back to Texas to earn his bachelor's degree from the University of North Texas and a master's degree from the University of Texas at Arlington. He served the City of Arlington, Texas as a police officer for six years, and left the police department in 2012 to start a real estate company with his wife Theresa. In 2020, Justin and Theresa merged their real estate brokerage with Magnolia Realty, Chip and Joanna Gaines' company out of Waco. Justin and his wife also co-own Vine Academy, a private school in Grapevine, Texas.

Shortly after starting their real estate business, Justin got the itch to start playing guitar and singing. Within 6 months, he started a band, and just a few months later, they were playing local gigs and private events. Justin's first EP "Done Me Wrong Songs" was officially released in July 2015. He released a self-titled EP in June of 2016, and a single "My Friend Tito" in 2017. A compilation album "The First Five Years" was released in 2018, and his third EP "Baby Just Maybe" was released in late 2019. His newest album "Blue Texas Skies" was released in October of 2021. Justin is frequently played on the radio throughout the State of Texas and around the country. Notable Venues Played: Billy Bob's Texas, AT&T Stadium, Texas Motor Speedway, San Antonio Rodeo, Glass Cactus at the Gaylord Texan, FOX4 News, Texas LIVE, Silver Saloon, Third Rail, Marty B's, Adair's Saloon, Gas Monkey, Love and War, GrapeFest, Main Street Days, Lewisville Western Days Festival, Frisco Music in the Square, and much more!

By submitting this form, you consent to share your personal information with us for communication purposes only. We do not sell your data to third parties. If you are below 16 years of age, you are required to obtain prior permission from your legal guardian(s). You can unsubscribe at any time by clicking the ‘Unsubscribe’ link in the email. If you wish to access or erase your personal information, you can do so by submitting your details here.
Back to top